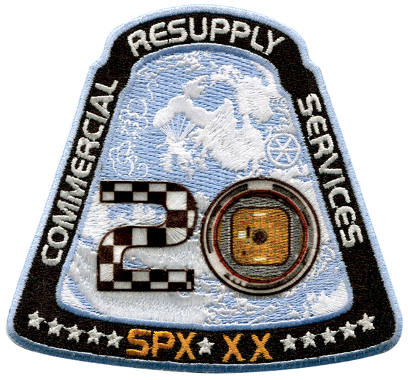 SpaceX-20, is a Commercial Resupply Service mission to the International Space Station planned launched on 7 March 2020. The mission is contracted by NASA and was be flown by SpaceX using Dragon. This will be SpaceX's last flight for Dragon CRS and concludes the NASA CRS-1 contract extension. The second contract (CRS-2) was awarded in January 2016 and will begin with the SpaceX CRS-21 mission planned for October 2020.